Harry M. Parker Excellence Award honors a lifelong professional who left an indelible mark on the industry. The award, aptly named after Harry himself, recognizes the effort and insight Harry Parker has brought to improve the mining industry. 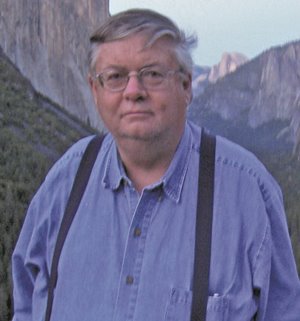 Harry was born in New York on 7 February, 1946. Harry's youth was spent in the outdoors while his father worked for the National Park Service as a ranger and naturalist at the Grand Tetons, Crater Lake, and Yosemite, as well as a stint at the NPS offices in Virginia. Harry was introduced to geology by his mother, Katharine, who had an AB in Geology from Radcliffe and a Masters in Religious Education from Union Theological Seminary. Geology courses for Radcliffe were taught at Harvard, where Katharine had to take notes from the hallway because women were not allowed in the classroom. She later took graduate courses in geology at Berkeley and briefly worked for the oil industry. Harry was particularly proud that she later co-founded the Julian's Anchorage Home for Battered Women in San Diego.

Harry graduated from St Andrews High School, Middletown, Delaware in 1964. The school is best known for its portrayal in the film “Dead Poet's Society”. His first degree was a BSc Hons Geol, from Stanford, conferred in 1967. This was followed in 1969 by an AM in Geology, from Harvard. Harry returned to school at Stanford in the early-1970s, obtaining an MSc in statistics (1974), and a PhD in geology (1975). His doctoral thesis was the second PhD awarded in geostatistics in the US, and developed the approach of using conditional probability distributions to forecast recoverable resources, an approach which is still in use within today's mining industry.

Harry, reflecting on his industry time, identified a number of milestone projects, or as he called them, “character-builders”. In 1978, he pioneered the use of use of sequential Gaussian conditional simulation in the U.S., using the technique to determine the effect of variable drill spacing on the reliability of uranium reserves. 1981 saw the completion of a due diligence valuation of domestic minerals assets for St Joe Minerals, or “$500 million in five days”.

In the 1990s, he developed unique approaches to estimating mineral resources for Bingham Canyon Cu, Goldstrike Au and Escondida Norte Cu, as well as grade controls for Jerritt Canyon Au. He led the independent valuation of all mineral assets (mines and prospects) to support the privatization of Brazil's CVRD, and led the preparation of Technical and Competent Person's Reports to support privatization of Zambia's state-owned ZCCM. He was a key player in the resource estimation methodologies developed for the Antamina mine in Peru during 2000–2009, including developing software to perform rapid exploratory data analysis.

In 2006, he described the F-factor concept, the closest to a standard that the industry currently has for reconciliation. The second decade of the 21st century saw Harry immersed in the resource estimation for some the largest modern copper discoveries, at Kamoa–Kakula and Oyu Tolgoi. Harry noted, in late 2019, that “overall, it has been an interesting time. I have many memories, mostly good, of hard work that resulted in a good quality end result”.

Harry was always willing to give time to juniors and peers within the profession, and was equally adept at communicating cutting-edge techniques as explaining the basics. He shared his knowledge and tools willingly. Harry facilitated and celebrated the successes of others. He was known for listening much, and speaking only when he had carefully decided what should be said—he could provide unvarnished opinions without offending. Harry was highly regarded for his knowledge, integrity, hard work, and new ideas, as much as his generosity, kindness, and respect.

It was a privilege to call Harry a mentor, a peer, and a good friend.

For the year 2020, SME has selected Harry as the recipient of the William Lawrence Saunder Gold Medal, one of the 9 major AIME awards recognizing distinguished achievement in mining other than coal.

Harry will also be awarded the first ever Harry M. Parker Excellence Award. The award, aptly named after Harry himself, recognizes the effort and insight Harry Parker has brought to improve the mining industry.