The UCA Outstanding Educator Award is presented to professors and teachers who have had an exceptional career in academia and education in the area of underground design and construction. These individuals also have made significant contributions to the industry through their academic interests, as well as the introduction of many student graduates into the industry. These individuals are nominated by their industry peers and bestowed the award by the UCA Executive Committee. 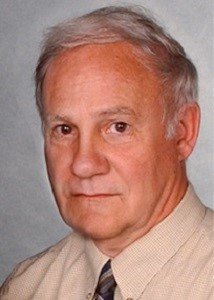 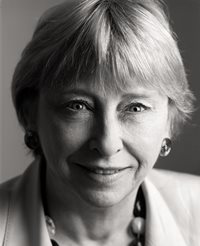 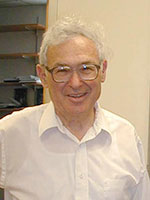 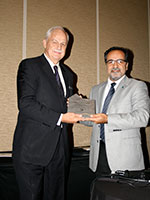 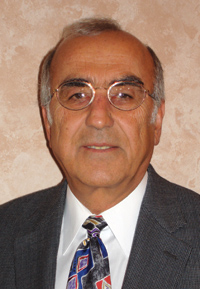 Levent Ozdemir retired from the Colorado School of Mines (CSM) in 2009 after 32 years of teaching and research in tunneling and underground construction. During his tenure at CSM, he developed and taught undergraduate and graduate courses in design and construction of underground structures, tunneling, site investigations, excavation project management and underground mining. He served as the advisor to masters and Ph.D. students and spent considerable effort in promoting tunneling and underground construction as a career for students in mining, civil and geological engineering. He encouraged and placed many students in internship and co-op programs with major tunneling contractors and designers. He also developed educational collaborations with prominent engineering universities and research establishments worldwide in tunneling and underground construction. Ozdemir also served as the director of CSM’s Excavation Engineering and Earth Mechanics Institute (EMI), which is recognized as one of the world’s leading research organizations involved in tunneling related research. He secured and managed more than $35 million in federally and privately funded research projects. This included the U.S. Department of Energy’s Yucca Mountain Nuclear Waste Repository program and the U.S. Air Force’s Deep Missile Base program. Ozdemir has been organizing one-day tunneling courses in conjunction with the NAT and RETC conferences since 1994. He also serves as the co-director of the three-day Microtunneling and the Breakthroughs in Tunneling short courses held annually at CSM. Ozdemir received the Engineering News Record 1992 annual award for making a significant contribution to the advancement of mechanized underground construction technologies. He has written more than 150 papers, reports and proceeding volumes. He has served on committees for professional societies on tunneling education and research. He has also worked as a tunneling consultant.

Tor L. Brekke is the recipient of the UCA of SME’s Outstanding Educator Award in recognition of his exceptional contributions and dedication to the U.S. underground construction industry. Brekke has been a professor emeritus at the University of California-Berkeley’s Department of Civil Engineering since 1993. He served as a professor of geological engineering at UC-Berkeley from 1976-1992. Since 1960, he has consulted on several hundred projects including underground power plants, hydro-electric power plants, dams, subways, highways and mining projects. His consulting work included geological site investigations, design of rock stabilization systems, selection of excavation methods, specifications for underground openings, preparation of geotechnical interpretive reports, design of repositories for nuclear waste and service on dispute review boards. Some of his notable projects include: the Helms pumped storage project; the Eisenhower and the Glenwood Canyon highway tunnels in Colorado; the Crosstown Storm Water Interceptor in Austin, TX; the Waste Heat tunnel under the Gota River, Sweden; the Renton Metro Sewer Project in Seattle, WA; the Europipe Landfall Tunnel in Germany and the Superconducting Super Collider project. Most recently, he has been involved in the design of pressurized gas storage in unlined caverns and design strategies for pressure tunnels and shafts. Brekke is an author or coauthor of 85 publications and has served on several editorial boards for refereed journals and on research review panels. He is a member of the American Society of Civil Engineers, the Association of Engineering Geologists, the U.S. Committee of the international Commission on Large Dams and the UCA of SME. He is a past chair of the U.S. National Committee of Tunneling Technology. In 1977, he was elected to the Royal Swedish Academy of Technological Sciences. During Brekke’s tenure at UC-Berkeley, he inspired many students to pursue a career in the field of underground design and construction. He made time to interact with the undergraduates and showed a genuine interest in their academic and professional development. Many of his students are leaders in the field today.